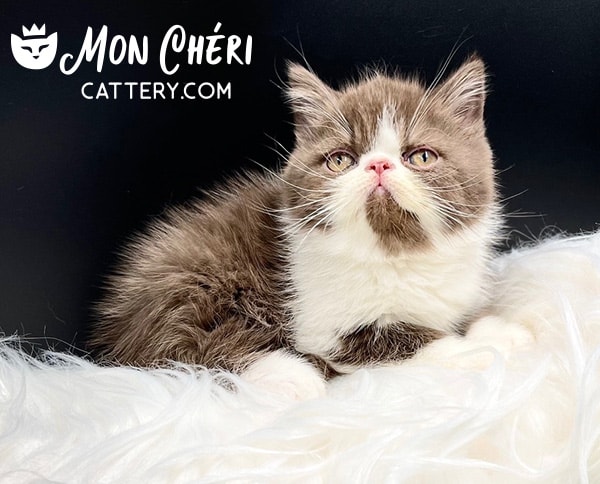 Why an Exotic Short hair Persian Kitten is the Perfect Pet

The Exotic Short Hair Persian kitten (Or Exotic Shorthair kitten) has been called the “lazy” person’s Persian because it shares the Persian cat’s facial features but has a shorter coat that requires less grooming. Exotic shorthairs are soft, medium-sized cats that tend to develop strong bonds with their owners, get along with other pets and kids, and have sweet personalities. Although exotic shorthairs have relatively low energy levels and exercise needs, they’ll happily play with fishing pole feather teasers or similar toys for hours.

Exotic short hair Persians have lower energy levels than many other cats, so they can thrive in a variety of households and don’t require a lot of active interaction or stimulation. The exotic short hair Persian’s sweet, relaxed, and playful personality—as well as its low-maintenance grooming and exercise needs—make it the perfect pick for first-time cat owners and mellow families.

Persian cats have been—and still are—some of the most coveted cats in history. Motivated by the popularity of the breed, American Shorthair breeders began to mix Persians, Burmese and Russian Blues into their American shorthair lines sometime during the 1950s. They hoped to recreate the beautiful look of the Persians in American shorthairs.

Although the first litters of exotic short hair Persians kittens didn’t look exactly like Persians, they retained some of the key characteristics—like round faces, short noses, and large, round eyes. But. they had shorter, more plush coats. Many breeders then bred these kittens with Persians to further develop the exotic shorthair breed /exotic  short hair Persian breed.

As the breed grew in popularity—and the gene pool broadened—fewer breeds incorporated Burmese and Russian blues into their breeding programs to achieve shorter, plusher coats. Eventually, the Cat Fanciers’ Association began to limit the number of outcrosses allowed in purebred exotic shorthairs. In 1987, they banned exotic shorthair outcrosses completely, allowing them only to be bred with Persians.

Today, the exotic short hair Persian is one of the most popular purebred shorthair cats, ranking second to the Persian.

Mon Chéri is a CFA registered breeder* of pet & show-quality Exotic Short hair Persian kittens for sale that are outstandingly beautiful, friendly and come with a health guarantee!  Our kittens are available in the most desired shades of chocolate, calico, lilac, red, cream, bicolor, solid, tabby, colorpoint, black smoke, and the rare tortoiseshell.

*CFA or The Cat Fanciers’ Association, Inc. is currently the world’s largest registry of pedigreed cats and known as the most prestigious pedigreed cat registering association in North America. See our Mon Chéri Cattery profile on CFA.